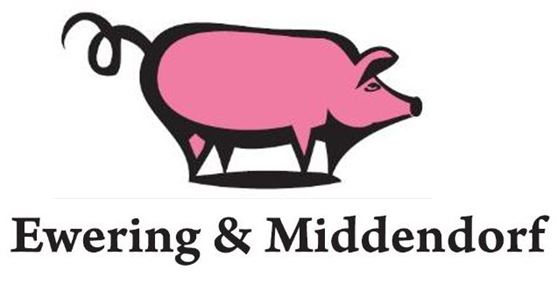 Thanks to our nearly 100-year-old corporate history we are able to offer high-quality and sophisticated solu-tions to our customers. Complete stables, feeding techno-logy and, to an increasing extent, metal working: our experienced and qualified experts have the know-how required in your line of work and advise you while keeping an eye on the complex whole. We make sure that your company’s cost and process optimization are always taken into account. It is not a coincidence that Ewering & Middendorf is dynamically growing because as a medium-sized and owner-managed company in the Münsterland region we plan, produce and deliver according to your needs and ideas. With a production area of around 3,500 square meters we are perfectly equipped for tomorrows’ challenges.

1904 - 1980
From blacksmith to professional stable equipment
1980
Building of the first production hall with an area of 350 square meters.
1968
First production of pig equipment (swing cages).
1960
The company is taken over by master farrier and son-in-law Bernhard Ewering; a 150-square meter forge is built.
1904
Business registration by master smith Bernhard Uphues for horseshoeing and the production of harrows, plows and wooden wheels.
2003 - 2006
The company BW Ewering & Middendorf GbR is established
2006
After B.W. Ewering jr.’s early death, the companies BW Ewering and Bernhard Ewering are taken over by Ewering & Middendorf GbR, owned by Martin Ewering and Hermann Middendorf.
2003
BW Ewering – a company for the production of stable equipment and industrial products – is founded by Bernhard Wilhelm Ewering jr
20013 - 2015
Setting the course for the future

This is the heading